I have just watched this video on the BBC website with Paula Radcliffe talking about running and her career in athletics and the power that the games in London in 2012 are having over the decisions she is making in her life. It really made me think. Personally I think that Paula is an incredible person and an incredible athlete. Where the media and arm-chair pundits do criticise Paula, it is usually because in their minds she has under-performed at major championships – most notably the last two Olympics. But I doubt there is a serious runner in the world who doesn’t know how hard it is to arrive at the start line of a key race in perfect shape, and it is absolutely true that the closer one is to the edge, the harder it is to get the training just right and arrive without either under training or, possibly worse, over training. 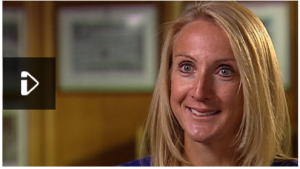 I am really pleased to hear that Paula does not consider the issue of her not being in shape for the last two Olympics to be defining in her career or in any way indicative of an unfulfilled life. And at the same time I was touched by the fact that she is clearly still so affected and concerned by the opinions of the people who turn their gaze on her once every couple of years when she races a high-profile event, but in all likelihood have no concept of what it takes to do what she does. She mentions in the video that when all is said and done, running was the thing that Paula did as a hobby and I think, from the couple of times I have met her (albeit very briefly both times) and from the hours of video footage that I have seen of her, that Paula is still at heart a runner who runs because she loves it. I hope that it may always be like that for her and that she can have her dream of performing at the Olympics whilst retaining her sanity in the face of relentless pressure from the media and sponsors and the public.

So three cheers for Paula. Let’s all get behind her and the other runners who will hopefully be toeing the start line of the marathon in 2012 and aiming to be the best runners they can be on the day.