In my experience of running marathons, if you are going in the right direction then performing a u-turn is generally a bad idea – you will find yourself running against the tide of people. However if you find yourself running the wrong way then a u-turn might be the best course of action. In the case of the IAAF they made a decision that Paula Radcliffe’s world record for the marathon of 2 hours 15.25 minutes achieved at the London Marathon in 2003 would be down-graded to a ‘world best’ (you can read all about that here) and found themselves running head-on against the tide of public opinion. Now it appears that they have performed a tactical u-turn and might now be able to focus on tackling all the more important issues that affect our sport.

This is how ESPN reported the news released by Associated Press:

The IAAF has decided to let Paula Radcliffe keep her marathon world record from 2003, after previously saying it would reduce one of athletics’ outstanding performances to a world best because the English runner set the mark in a race with men.

IAAF Council member Helmut Digel told The Associated Press on Wednesday that the governing body will keep the mark in the books, despite an August decision to only recognize records achieved in all-women races from now on.

You can read the full text here. 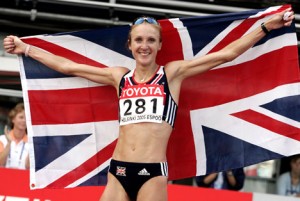 The difference between running, the sport of running and the business of running

I saw a tweet today from Mara Yamauchi: Feeling the need to remember, at the end of the…

I saw a tweet today from Mara Yamauchi: Feeling the

I once heard someone say that the Nike Free is