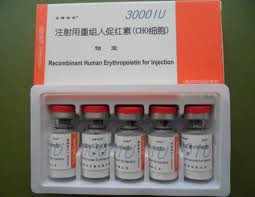 I don’t pretend to know what drives an athlete – any athlete – to cheat. But then when it comes to my own drive, all I am trying to do is be the best runner I can be. I will never try to make a living from running and I will never have the weight of expectations of a nation on my shoulders. I do know people who are in that situation and I know that the need to earn and the expectations of millions can weigh heavy. But I always feel sad when I hear that an athlete has been caught because I think they rarely turn to drugs for purely selfish reasons, or at least they don’t believe they are selfish reasons – after all, doing the best for your country, making your friends and family proud and so on can easily be twisted into altruistic endevours. 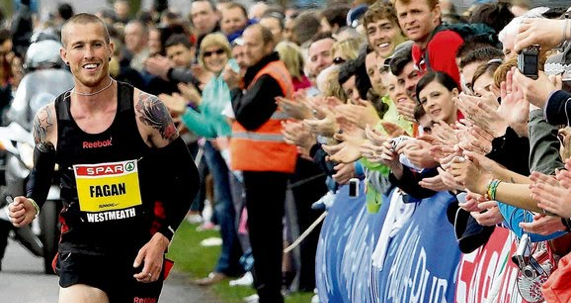 So an interview that was published recently in the Irish Times, really stuck a chord with me. Martin Fagan was recently caught, in an out-of-competition test, having taken EPO. Up to that point Fagan was an athlete that many hoped would make a mark in future international competitons, having run 2:14:06 in the Dubai Marathon in January 2008 to qualify for the Beijing Games (although he failed to finish that race and three subsequent races due to recurring injuries) and then ran 60:57 in the Fortis City Pier City Half Marathon in The Hague, Netherlands, breaking John Treacy’s national record. But that race reignited an injury to his left Achilles tendon which he was told would require surgery and up to 18 months rehabilitation.

Fagan found himself unable to compete and therefore unable to earn, single after his girlfriend left him, being dishonest with his coach about how much training he was doing (not much apparently) and depressed to the point of feeling suicidal. He was 28 years old and his life was falling apart. In the interview in the Irish Times, he says it was this state of affairs that lead him to order EPO online, fly to the US and self administer the drug and then receive a visit from the drug testers the very next day. You can read the full piece here.

At the time of the revelation there was quite an out-pouring of sympathy for Mr. Fagan. Sure, no one was suggesting for a minute that his actions could be condoned and everyone was in agreement that he needs to face the consequences of his choices. But I think that a lot of athletes, current and past, could understand the sorts of pressures that Martin was under and how they could have lead to irrational decisions. On Twitter there was some sympathy:

Scott Overall tweeted: Spent this mornings thinking aboutMartinFagan,no excuses he should never of taken drugs-but clearly a friend in need

Ben Moreau wrote: Reading Martin Fagan’s story, I pity the guy. To be in a situation where reaching an Olympics is the only way out…

But for every action there is supposed to be an equal and opposite reaction and today that has come from Eamonn Sweeney in the Irish Independent. He has decided that Fagan doesn’t really deserve any sympathy at all and finishes his fairly devastating critique of Martin’s position with the words:

I wish Martin Fagan good health in the future. But he’ll never really know peace until he accepts that it wasn’t depression or a lack of Athletics Ireland funding or injuries which made him take EPO.

It was the man in the mirror.

So what do you think? Is there a way that athletes can be forgiven if they truly seem to have taken rash steps out of pure desperation. Or is there no sympathy for the devil? Is it simply that the only valid path is the one where, without cheating, we all try to be the best runner we can be? Let me know your thoughts.