Belief vs. empirical evidence – it’s a bit like a battle between love or magic vs. science or logic. The romantic in me always wants to believe that there is a magic and an art to running, but the truth is, I believe that running is a direct input-output relationship.

If you train and prepare well, you will get the result you want. If you don’t, you won’t.

So when I announced to my coach that after tackling three ultra marathons in three months, culminating in a 130 mile three-day stage race at the end of August, I would like to start a 15 week programme to race a marathon in Italy in December, I thought that he would simply tell me that it wasn’t possible, that I was being foolish.

Instead, he double-bluffed me. He said that me racing a marathon in December would be possible, but he would want to see something before we seriously contemplated the idea… 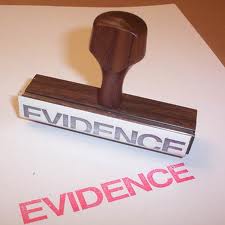 So I have a target, which is not the one I thought I might have. Now I have to qualify for my own challenge, by running at least one half marathon personal best, between the end of the epic-ultra and the middle of November. If I can do that, then perhaps the marathon is a ‘go-er’.

But many runners don’t have a coach who is used to greedy athletes wanting to revisit the sticky honey pot of racing time and time again. And I was reminded of this by a friend who told me of a group of new runners, training for a 10km road race, who had decided – for what reason I don’t know – that they were going to try to run sub-35 minute times on their debut.

I am not talking about seasoned 1500m, 3000m or 5000m track athletes here, going for their first road race. No, these are real newbies – people who have never really been very active or trained consistently. The fact is that they are completely naive and they have picked up the idea that 35 minutes is a good target from goodness knows where. They haven’t even tested themselves – no track sessions, no ParkRuns…

The truth is, maybe I am the one who needs to rethink things – maybe I set limiters on myself and everyone I come in contact with through running, because I don’t believe in magic. I believe in evidence. But then again, maybe a little evidence is always a good thing. What do you think?