Some of you might remember that a while ago I posted that two of the New Balance Milers – Andy Baddeley and Nick McCormick – had qualified for the 1500m at the London Olympic Games. You can read all about that here.

When New Balance announced the news, I was told that I would also be sent a present from the good people in Flimby. Well, I am an unassuming chap, easily pleased, so I was not expecting much. What was delivered this morning was a wonderful surprise. A Union Flag version of the New Balance 890 v2s.

To be honest, I have been wanting to try a pair of New Balance road shoes for quite a while, but I have been asked quite a few times if I want to try some and nothing has materialised. I did, to be fair, receive a jacket and some tights which I really, really rate. But shoes have never appeared. So to get a pair that look amazing and feel great to run in, put a huge smile on my face.

So first of all, looks. Well, as I peeled back the paper in the box, I was immediately impressed and I decided there and then, that these are the shoes I will be wearing when I go to watch some of the Olympic Games in a months time. In this Olympic year, so many of the brands are producing Union Flag versions of their shoes. Brooks have a recognisable but at the same time subtle red, white and blue version of a few of their shoes. K-Swiss (despite the name!) have a very bold take on the flag. I have even seen a pair of Vibram Five Fingers that are fit for the queen. But I think that the New Balance shoes look really great – not too much but at the same time not too subtle either. But then I suppose beauty is in the eye of the beholder!

The important thing, though, is how they feel on the run. Well, they are certainly comfortable straight out of the box. They immediately felt as though they have the right balance of cusioning and responsiveness for a tempo run or a quicker long run. Today I went for 10 miles this morning and 6 miles at lunchtime and they felt great on roads, trail and the canal towpath.

The only work of warning I would give is that there are not roomy shoes. They are snug around the midfoot and narrow in the forefoot. Luckily I was sent a UK9, although I usually take a UK8.5. I think that without the extra length from going up half a size, these 890 v2s might be a bit on the small size. Then again, I think these shoes fall into the trainer/racer category and I suspect many people will like the snug feel in a shoe they intend to race in.

The grip is really excellent (although today it was the first day it hasn’t rained in London in months, so I was running on dry surfaces for once) and I really like the feel of the heel and the collar around the ankle – cushioned without being restrictive. These shoes are also most definitely neutral and whilst I found that to be ideal for me, anyone requiring support in their shoes might want to look elsewhere (the Brooks ST5 trainer/racer for example).

So there we go. I think that the 890 v2 is a great shoe. So great in fact that I might buy myself another pair to actually go running in. What? You didn’t think I’d run in these and get them all mucky before the Olympics, did you? 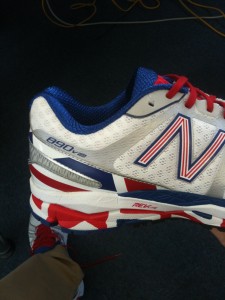 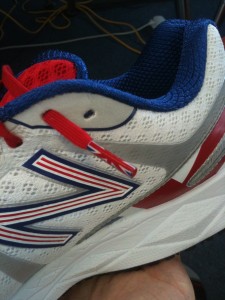 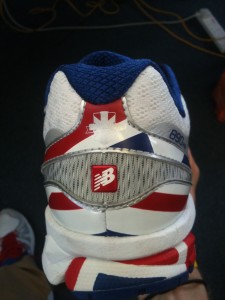 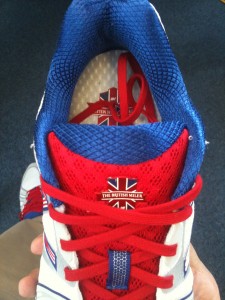 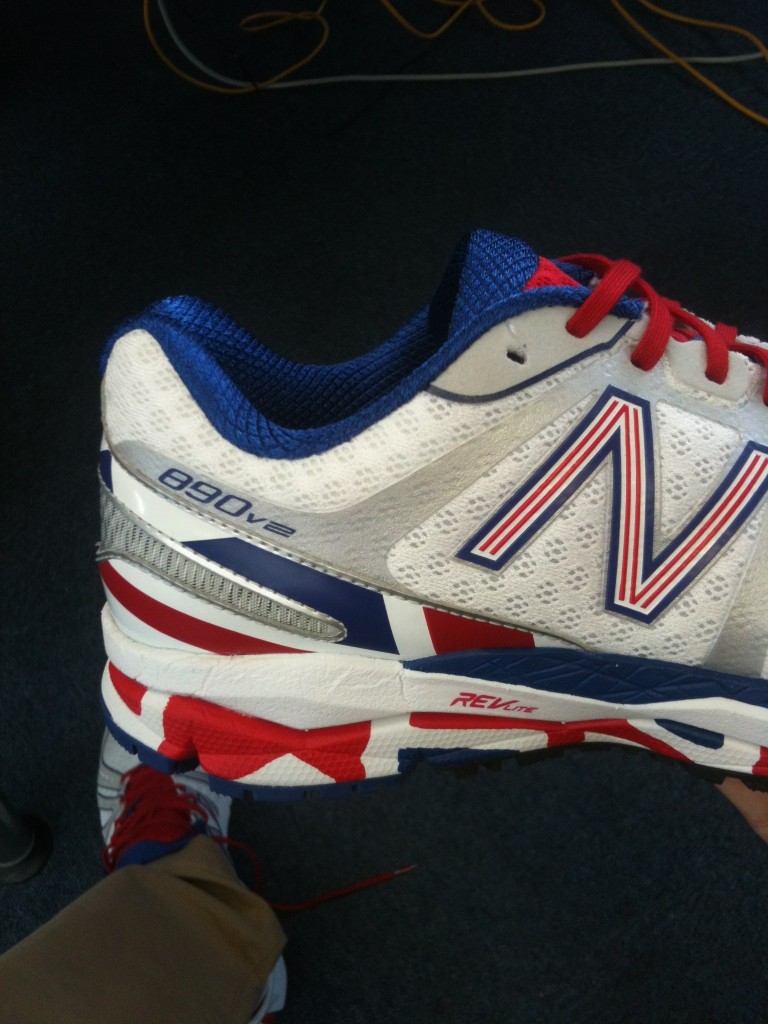