Last week I had the pleasure of going running with Julia Bleasdale. Yep, that’s right…

And I was going to run with her. I think the main question was, would I survive? 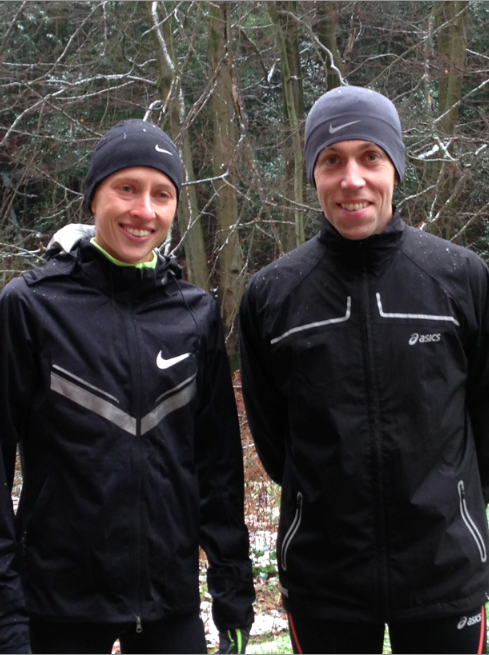 Last year was pretty special for Julia. The numbers I have listed above tell a tale, but whilst we ran and talked, I got the distinct impression that there was more to it than just the figures. I think that Julia really enjoyed her Olympic year. Her eyes lit up when she talked about what it was like to walk out into the Olympic stadium for the 5000m and 10000m finals. The noise, the sights, the support – she was clearly inspired and I think it has given her a desire to do more and go further.

Partly the success has been down to Julia linking up with coach Nic Bideau in mid-2011. Up to that point Julia had been self coached and told me

which would obviously have a knock-on effect on what she achieved.

I asked Julia how it worked with Nic and I was interested to hear that he structures her entire week, even deciding the pace that each part of every run should be done at. This is no mean feat, given that Nic is based in Australia and Julia said that she has to make sure that she feeds back to her coach about all the aspects of her training and how she is feeling, so that he can adjust her training accordingly.

But it seems to be working and I was interested to hear that more than anything, the change that Bideau has introduced is that Julia is training less intensively than before which has meant that she has been able to train more consistently.

I have written many times about the importance of having good people around you. I am enormously lucky to have an amazingly supportive wife, a great coach and many friends who challenge me a spur me on in my running. Julia similarly seems to have a great network.

She told me about her partner, Kevin Nash, who was heavily involved in the London Olympic Games, managing the courses used for the cycling road races for the Olympics and Paralympics. His support seems to be very valuable and being a fit man himself, he can presumably understand Julia’s commitment to her sport and spends many hours cycling alongside her as she runs, whether that is in the hills around her UK base in Surrey or in Ethiopia where she goes for altitude training.

Julia also mentioned two other people who have played a part in her success: Mark Buckingham, her physio and Dr Steve Peters, the sports psychologist and author of The Chimp Paradox. Not a bad team, it would seem.

As we run through the forests that surround Julia’s lovely house in Surrey, we talked about the future.

Julia knows that she has the raw talent to succeed. It is also clear that she has the commitment and desire to work hard to get better – as an example, her Christmas Day workout was four sets of 4x500m. As if that wasn’t tough enough, it was done at Kenenisa Bekele’s new track at 2,750m above sea level in the Yaya African Athletics Village, a facility part owned by Haile Gebrselassie – who, coincidentally, Julia told me is “really lovely”!

We met the week after Julia had captained the GB team in the Bupa Edinburgh Cross Country, against teams from the USA and Europe and I was amazed to hear that despite her really impressive performance there, Julia knows there is more to come because the seven weeks she had just spent in Ethiopia contained a majority of endurance training and not much speed work. Once she builds speed in, goodness knows what she will be doing!

Bleasdale’s concrete plans for 2013 include the athletics World Championships in Moscow and the World Cross Country Championships and I for one, will be tipping her for even more success.

Beyond that, Julia told me she is happy on the track for now and Rio 2016 is actually not all that far away. She (and I along with anyone who has an interest in Team GB athletics) is hoping that the upward trajectory that her running has been on, continues. And if that does happen, then her friend and occasional training partner, Meseret Defar, who won the 5000m in London, had better watch out.

And I had to ask about the possibility of a marathon. Julia said that as of now she has no concrete plans, but I was pleased to hear that she believes that there will be an attempt on the 26.2 mile race in the future. I am absolutely sure that she is capable of great things beyond the track and whilst she was prepared to pace our run so that I wasn’t left behind somewhere in the trees and the falling snow, I doubt that my marathon PB would be good enough to stay anywhere near her when she does make the step up in distance. 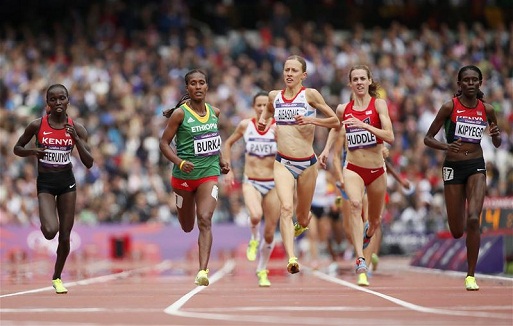 Many thanks to Julia for hosting me at her house (the home-made scones were really delicious!) and especially for taking me for a really wonderful run in the snow. Personally I am really excited to see what the future holds and if you are keen to find out more about Julia, and her passion for creativity as well as running, check out her website – www.juliableasdale.com. I am going to try to convince Julia to allow me to ‘join’ her for a track session at some point and if that happens I’ll report back on how that goes!