How do you announce and celebrate a game-changing piece of technology in the running market? It must be difficult for the marketing and brand heads of running companies to answer that question sometimes. After all, there are so many times that a new product or a new piece of technology is touted as a game-changer, that if you believe that yours IS a genuine epoch defining change, it is a challenge to do something big enough.

Well, adidas really stepped up to the mark for the launch of their Boost technology: they hired the Javits Centre (home of the New York Marathon expo) for the event. Flew in dozens of journalists, influencers, bloggers and others from around the world. Gave out iPads and shoes to the people invited to the launch event. Invited Yohan Blake and Haile Gebrselassie to the launch event.

And I think that all the huzzar might well be justified. The technology behind the Boost sounds valid – intstead of using a uniform slab of EVA, the Boost sole is made up of thousands of little balls of springy material all bonded together. This means that the spring is huge – based on the test that they have where a metal ball is dropped from a height on to sheets of Boost and EVA (you can see the test here) and the viability of the material doesn’t deteriorate in the same way that EVA does. If this proves to be true, then the Boost might well challenge the ubiquity of EVA, which at the moment is in 98% of all sports shoes produced with cushioning in them. That is game-changing. 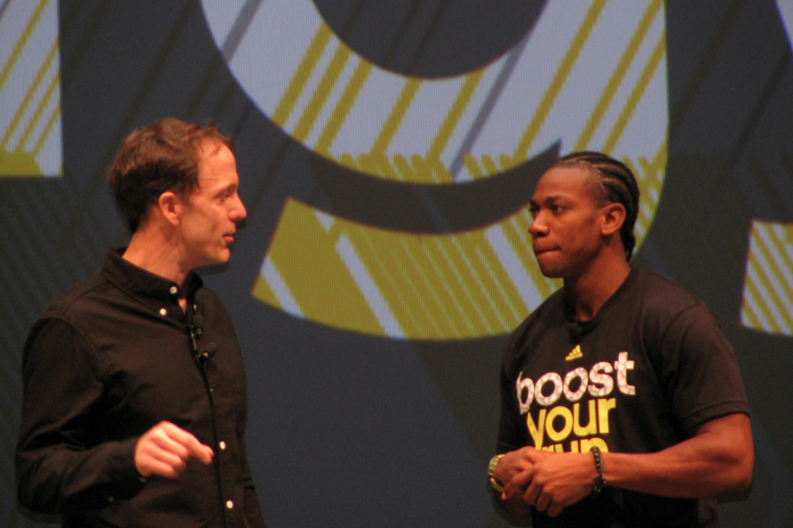 The proof will be in the pudding but I did have the chance to ask Johan Blake and Haile Gebrselassie what they think of the shoe. Johan told me that training is hard and that he actually does quite a large amount of his training in cushioned shoes rather than spikes. For him, anything that reduces fatigue and enhances recovery is good because it allows him to train harder and longer. That was what the Boost meant to him.

For Haile, the shoe represents a benefit for all levels of runners. He thinks that the shoe will allow elite athletes to gain a marginal advantage and when it comes to winning international and championship marathons, marginal gains are all there is. A few milimeters per stride, over the marathon distance, translates into big margins at the finish line. When I asked Halie what he thoghut the Boost would have allowed him to dio when he set the world record in Berlin, he was unhestitating:

It would have saved me a minute

And Haile also believes that the Boost will be a benefit to non-elite runners. For those who are heavier, the enhanced cushioning will reduce impact and therefore the likelihood of injury. That, by itself, will allow more training which will result in faster times, whether you are looking at breaking three hours, or finishing a debut marathon in five.

I am going to run as much as I can in the Boost I have been given to see what I think. There will be an initial review in the next day or two. And I have been told that there will be many versions of the Boost including an Adios racing flat, which is the shoe I am really looking forward to trying. In the mean time, here are some images so you can see the shoe… 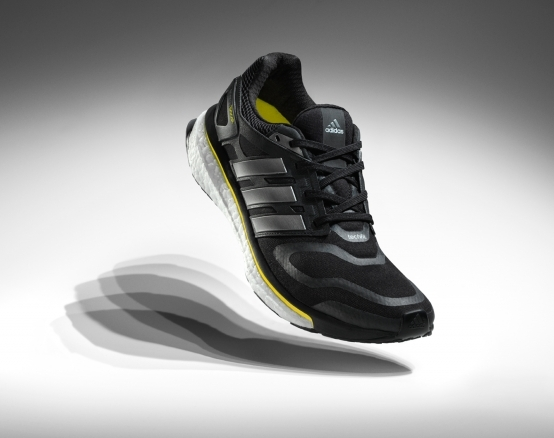 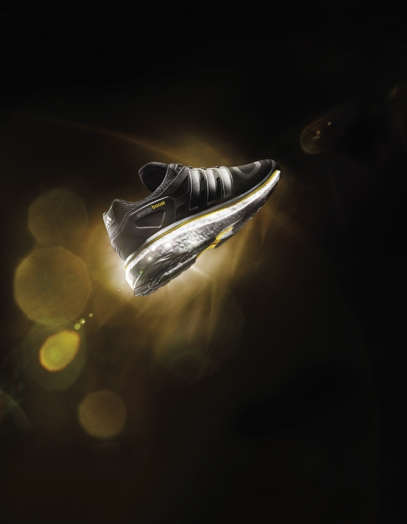 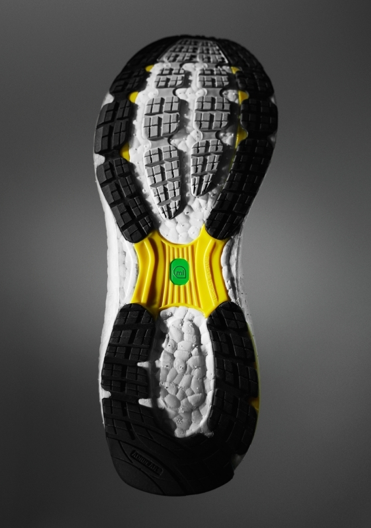 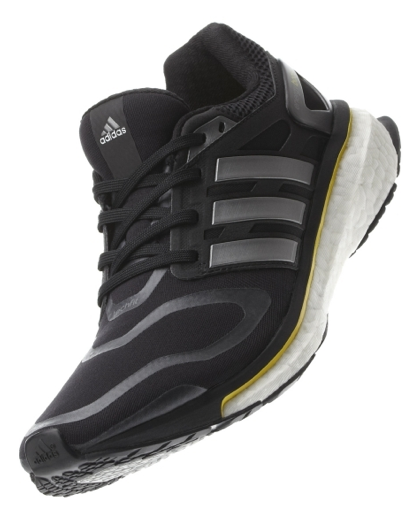