This blog is about running and specifically about two things:

So why have I added a category of posts entitled ‘not running’. This is not going to be easy to write, but I have come to the conclusion that running, on its own, is not enough… or perhaps it is too much. 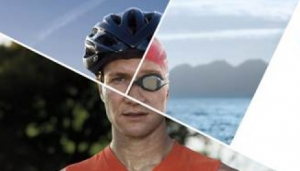 I have long understood that there should be other stuff around running – my coach Nick is a strong advocate for core strength and conditioning exercises as part of the weekly routine (I fail badly to do these!) I also know many runners – a few of them quicker than me – who don’t limit themselves to just running. I remember one memorable run with a friend, where we met up with another runner – a 2:28 marathon runner – who said that he cycled every Monday in lieu of a recovery run, because he felt that it was better for his body.

I also know lots of runners, who add cycling and sometimes swimming to compete in duathlons and triathlons – in fact I competed in triathlon for a couple of years.

The conclusion I have come to, is that I love running – it has given me so much, including a sense of self worth, friendships that are more precious to me than almost anything, unbelievable experiences and a livelihood. But I have decided that I also like other stuff too and I am going to allow myself to indulge in a few of these other activities. Specifically the things that I really enjoy, in no particular order, include:

And I want to emphasise that this list is in no way exhaustive and I hope that there will be other things that come along that I get to have a go at, but I am pretty sure they will be in the endurance sphere and I absolutely know that running will always be at the centre of what I do, in fact part of the attraction of doing other stuff is that I hope to elongate my running career by taking some of the pressure off my knees.

So from time to time I will write about the other stuff that I have been doing, Hopefully there will be some guest posts and I will attempt some product reviews. If anyone has any thoughts or suggestions, they will be most gratefully received. For now, I am off to see what else the world of endurance sports has to offer…