I am happy to admit now that I was pretty nervous about tackling the UTMB CCC with Julie, my wife, a few weeks ago. We were aiming to cover over 100km, with more than 6,000m of vertical ascent, in one go. By foot. Without motorised assistance. Ourselves.

However, I am obsessed enough about running to know that the CCC is nothing special as far as distance is concerned. For goodness sake, it was the shortest of the four races that week in Chamonix! And I know people like James Adams, he who ran across America.

So I am aware that there is always someone going further, higher, faster and all the other Olympic ideals. Especially in ultra running (which by the way should be an Olympic sport, rather than one of the thirty three types of sailing… but that is for a different blog post). 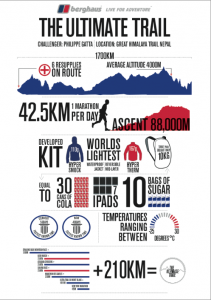 The most recent mad man… I mean ultra endurance athlete, that has come to my attention, is French mountaineer Philippe Gatta who has a pretty impressive CV of challenges including completed the Seven Summits challenge where he climbed; Mt. Everest, Vinson, Carstensz, McKinley, Aconcagua, Kilimanjaro and Elbrus. He has run a bucket load of ultras including the Marathon de Sables (and was probably the only person there who could pronounce the name of the race correctly) and the Himal Race in Nepal which consists 405 miles and 23,000 m of elevation gain to name just a couple. You can read more about him here.

I actually love these sorts of challenges and I wish I had the drive and bravery to tackle something like that myself. I love the fact that not only will it be a challenge for Philippe physically and mentally, but there is also masses of logistics involved and the added joy of a load of new and highly specialised kit that will be required. As a bit of a kit geek, I had the chance to drool over some of the new 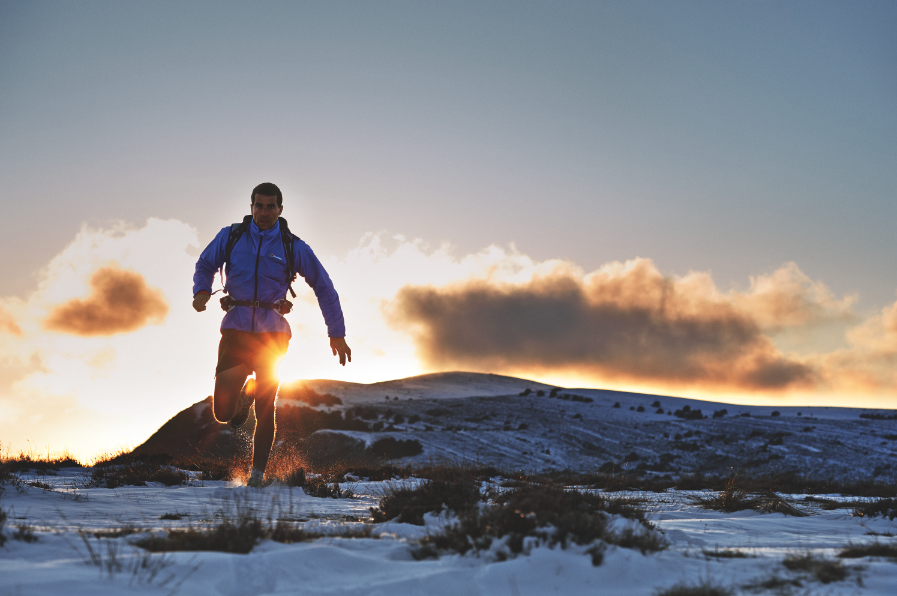 Berghaus kit that is being developed for the challenge at the Outdoors Show in Germany earlier this year. It all looks fantastic and I have been told that there will be a chance to try some of it out and give you a first hand review… I guess I just need a chain of 8000m+ mountains to go and practice on!

In the mean time if you want to follow how Philippe and his team, including his wife I believe, are getting on, click on this link or check Berghaus out on twitter @therealberghaus