If you are an athletics fan, then Iffley Road should be a name that evokes a sense of history and greatness, at least in middle distance running, for it was at this stadium, on 6 May 1954, that Sir Roger Bannister, ably supported by Sir Christopher Chataway and Christopher Brasher, broke the seemingly impossible 4 minute barrier for the mile. It was a moment in athletics that would resonate around the world and create a lasting belief that as a species, we are capable of much, much more than we realise.

But 1954 was a long time ago. Things, and especially sport, have changed beyond recognition (although so many things that we think are new – doping for instance – are not nearly as novel as you might think). However for many runners, me included, the name Iffley Road evokes a time when running was a pure sport, untainted by rampant commercialism and all the negativity that comes with the professionalisation of sport.

And clearly those feelings of purity and enthusiasm and high moral values are what the team behind new running apparel brand Iffley Road are trying to tap into.

A quick glance at their website and you will see that the imagery they use is evocative of the  period of Roger Bannister, et al. But more than that, the words that the Iffley Road team use also talk of the glorious history of running.

The theme is obviously central to the design and aesthetics behind the kit that you can buy from Iffley Road. The clothing is all understated and designed to look as though it was made in an era before the technologists and designers got their heads around how to push the boundaries of apparel design, to give us what we see in the shops now. But the truth is that many of the technologies that you will find in modern running apparel are built into the Iffley Road kit, not least in the modern fabrics that they use. 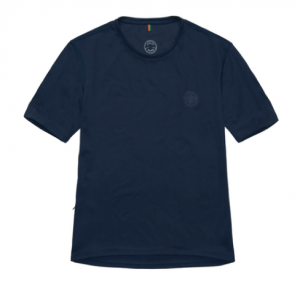 I was lucky enough to be able to try out a couple of items of Iffley Road kit – the shorts and a t-shirt. So far, having worn both for quite a few runs, I am pretty impressed. The shorts are quite square cut, which is exactly how I imagine they would have been in the ‘50s, but there is a half-elasticated waistband which runs from one side of the shorts to the other around the 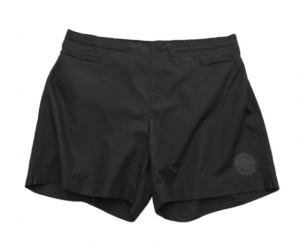 back, while the front has a drawstring to pull them tight. There is a comfortable liner and a couple of very neat pockets in the front that are just about big enough for a set of keys or an energy gel. The only thing is these pockets have no closure, so you would have to be careful that things don’t fall out.

The other item that I tried is the t-shirt. The interesting thing about the t-shirt for me, is that the cut is really on the ‘athletic’ side. The fabric is called Dri-release and is described by Iffley Road thus:

All Iffley Road tops are made from a bespoke Dri-release® micro-blend. This high performance fabric looks and feels like cotton but performs better than performance polyesters. Having road-tested dozens of fabrics, we believe nothing else matches the comfort and performance of this beautiful lightweight material, wet or dry.

For the record the material is 85% polyester 15% cotton, it appears to be woven and there is not much stretch, so you need to be honest about the sizing, because I wear a small in almost every brand I have ever tried and the Iffley Road ‘small’ is by far and away the neatest I have ever worn. From a running point of view I really like that, but I do think that if the t-shirt got wet for whatever reason, there could be a few problems with rubbing, so bear that in mind if you decide to buy one.

And I guess that leads me on to my other comment about Iffley Road. This is priced at a level that I think makes it ‘special-occasion’ running kit. Everything about the kit feels high quality and the finishing is beautiful. In fact even the packaging is beautiful. But Iffley Road has decided not to compete at the cheaper end of the market – £65 for a t-shirt and £60 for the shorts is definitely at the upper end of the price spectrum.

All in all, I really like so much about Iffley Road. Having met the founders, I really like them – they are runners and are as passionate about their sport as they are about their brand. They have decided that they want to be more than just an apparel brand, setting up races for example. I like the nod – or should that be deep bow – to the history of running. I like the shape and fit of the kit. There is the question of whether you can invest the sort of money that the Iffley Road kit costs, but if you have the means, I would say that it would be a fine addition to your running kit drawer.