A few years ago – after I’d run a few sub-3 hour marathons – I got the idea into my head that I would try to run all of the Majors, that was London, New York, Berlin, Boston and Chicago (before Tokyo was added to the group) in under three hours each. I loved big city marathons, I had already ticked London and Berlin off the list and I had a job that would allow me to travel long-haul to run races. I thought it would be a great little challenge to set myself.

Before I got started on that plan though, I worked out that for environmental and financial reasons it was a bit silly and I shelved it. Apart from anything else, Julie and I had launched freestak and we were ploughing every ounce of effort and every penny into building the business.

Having resigned myself to abandoning the plan, I was rather interested to hear recently about a new app that is making big waves at the tech–running interface and which allows people to virtually run a whole range of race courses from wherever they want. 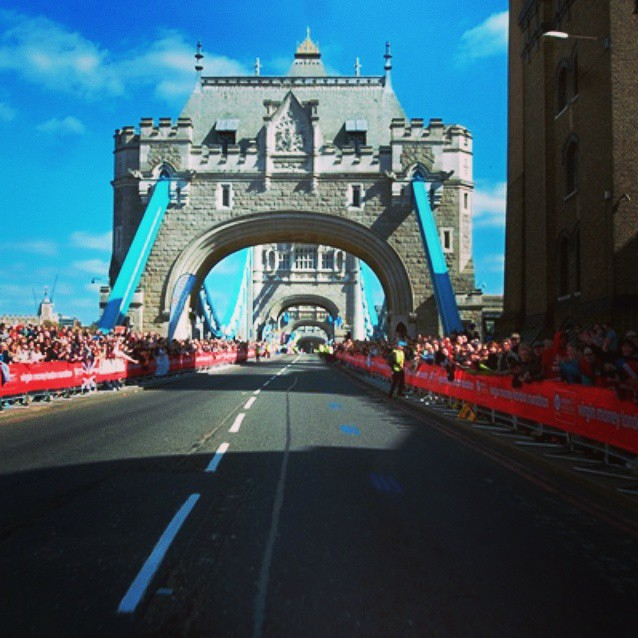 RunSocial has just announced the launch of a new version of its software that allows runners to transport themselves from a treadmill to the streets of a major city or iconic race route via their super-high definition 3D renderings. And best of all, you can race other people on the same course.

I have to say that I am not someone who uses a treadmill. That is mainly because I don’t have a gym membership. But I know that there are many times when if I had a treadmill in the garage (which would, of course, require having a garage!) I would jump on that for a quick recovery run or a threshold session rather than battling the crowds and the traffic around central London where I live. I would definitely spend less time faffing is I knew that all I had to do was pop down to the garage-that-I-don’t-have for a run.

However I have run on treadmills before and what I do know about them is that there is one big problem – after three minutes of staring at the wall or watching the numbers slowly ticking up on the display, most normal people are bored to tears.

So I like the idea of RunSocial for people who do love their treadmill or who believe that running indoors is the best option for them. They can start the app and rest their tablet on the front of the machine (obscuring the statistics which has to be a good thing!) or connect to a TV screen if their treadmill set-up is that well appointed! The 3D rendering of the course moves at the speed of the runner and if you can find someone else who wants to run the course ‘against’ you – no matter where they are in the world – you can actually see their avatar and race them (disclaimer here – RunSocial do not talk about racing using their app due to the propensity for people to fall off the fast moving conveyor belt and brain themselves before trying to sue RunSocial for their own inability to stay upright).

Obviously there are many ways in which this virtual running could be developed. I imagine that GPS tracking technology could allow people on the RunSocial app to run with or against the avatar representing someone actually doing a race somewhere in the world. Or there could be global running challenges where runners all over the world start a course at the same time and see who would be the fastest.

Personally, I’m not sure that I would fancy running a marathon on a treadmill. But I do like the idea of being able to explore a course somewhere in the world that my environmental and financial concerns won’t allow me to actually visit. That could be the Boston marathon as four 10km legs. Or the London marathon broken into 30 minute chunks over a week or so. Or how about a Rollapalooza-style race on a bank of treadmills between teams? So many opportunities. I guess all that is missing for me is a treadmill.

And a garage to put it in.

Check out RunSocial at www.runsocial.com and on the iTunes app store. And if you have already run using the app, please let me know how you got on.