I’ve recently finished a book called Will It Make The Boat Go Faster. It’s written by Olympian Ben Hunt-Davis, a member of the victorious eight at the Sydney Games. The book has the potential to be really brilliant, but actually it is clearly designed to be a sales tool for the business that Hunt-Davis runs advising businesses on how to improve using lessons he has learned as an elite level rower. Nevertheless, if you understand that the book has an ulterior motive, it is thought provoking.

One thing that comes across is that Hunt-Davis (and I guess his team mates) are angry and they use that anger to their benefit. They feel under-valued by the GB rowing organisation. They are pissed off at the lack of funding. They get beaten in races that they shouldn’t and that makes them angry. Over and over again, the anger that Ben feels is the fuel that drives his performance.

Ben Hunt-Davis and the other seven people in the boat with him are not alone. In fact very often when you look at elite performance, there is a sense of anger, frustration, injustice, etc. And not just in the areas you would expect it, such as boxing or financial trading – high risk, high reward areas where the adrenaline flows. 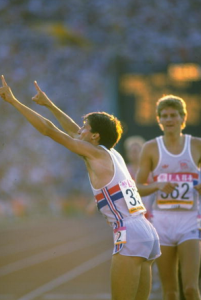 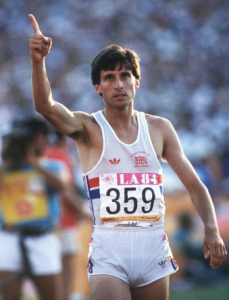 How about the anger written across Seb Coe’s face as he crosses the finish line having defended his 1500m Gold medal from the previous Games. On crossing the finish line he immediately turned to the press box and – gently – pointed out that they had written him off a little too early.

Or away from sport, how about Steve Jobs letting IBM know exactly what he thought of them?

There are certainly thousands, if not millions, of examples like this.

And I totally get that. I think that the thing that drove me (drives me, even) to do the best I can, is anger. A sense that I want to prove people wrong. Anger with myself that I have let myself down. Anger that the world is not always fair. Certainly when it comes to my running, there was 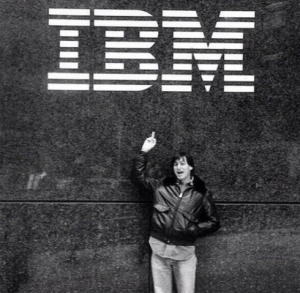 plenty of anger. At the very start I was incredibly angry at how stupid I had been to let myself get out of shape after years of smoking, eating too much, drinking too much and not exercising. I felt that I had reached the lowest point whilst all the people I wanted to be compared with were fitter, more successful, better dressed, happier etc than me. Many still are. But at least I now know that I can channel the anger I feel in to being better. Driving myself to achieve more.

The trick with running, I think, is that the anger needs to be controlled. It needs to be like the heat under a pot of water – just at simmering point. Just being uncontrollably furious is not going to work. But there needs to be enough heat that you will get out of bed at 5am to do a run in the cold and the dark. That you will go to the track in the rain and run a hard session despite being freezing cold. That you will forego invitations because you have a key race coming up. And there should also be a way that the heat can be turned up occasionally – in the last 50m of a set of 400s or close to the top of a hill mid-way through a hill session or with 1000m to go at the end of a half marathon. Then I think it is OK to actually be angry and let it show.

With running at the moment, the truth is that I feel a bit of anger that I have let myself down again. I’ve not managed to maintain fitness and I’ve been using the business that I co-founded with my wife as an excuse. I don’t like excuses – from myself or other people. So I am doing something about it; more running, going to the gym, moderating how much I eat and how much alcohol I drink. I know I won’t get back to the sort of running I was doing when I worked for someone else (such a low-stress situation compared to what I do now) but I need to be doing the best I can in the circumstances.

Thankfully I have controlled anger to get me there.