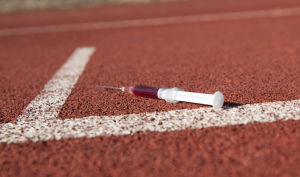 Feeling the need to remember, at the end of the day, running is a fab sport – simple, fun, inexpensive, exhilarating, natural, sociable..:)

And I think that hidden in that simple phrase is a very important message. Like so many other people who have a love of running and an investment in the sport – whether that is as an athlete or coach or manager – Mara has been lamenting the corruption in the IAAF that has meant that people have cheated and lied and bribed IAAF officials to cover up positive doping tests. Mara herself has been cheated out of moments of glory (and probably less importantly financial gains) by dopers.

But running is not the professional sport of running or the business side of the sport. In the same way that kids kicking a ball around in an impromptu game of football are not part of the game that pays people millions of pounds a week and tolerates their puerile bad behaviour. They are observers of that sport. But their game is for pure enjoyment.

That is what I feel about running. The vast majority of people who run do so for the love of it. Because they like the feeling. Because they want to be fit. Because they enjoy competing – most often against themselves and the clock.

So let’s all remember; the money-grabbing, cheating, lying athletes and officials who have destroyed any facade that athletics is a pure and honorable sport have nothing to do with you and I pulling on our trainers and going for a run. The Olympics will probably never recover from the doping scandals now being uncovered and future great performances at the edge of what we think is possible will almost always be suspected of benefiting from PEDs. But there’s not much we can do about that. Cheats will always cheat. Runners – pure, unadulterated, honest runners… well they will just always run. Thank goodness.