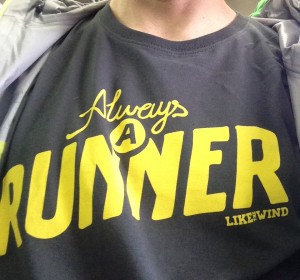 One of the things that prompted me and Mrs. Freeman to launch Like the Wind magazine, was the proliferation of great cycling magazines – the Ride Journal, Rouleur, Bone Shaker. Now there are more popping up (and sadly some disappearing… for now. Au reviour Ride Journal) such as Rapha’s Mondial.

What these magazines seem to do so well is capture the spirit of cycling, looking back at the glory days and at the present day sport. They reflect an interest that many people in cycling have for the glory days of cycling and for the elite end of the sport today. And this is despite the sport being riddled with cheating. In fact I almost get the impression that the extent of the blatant cheating is in itself an attraction to the sport – as if the risks that the cyclists were (and are) prepared to take in pursuit of a win for themselves or the team are somehow heroic (try telling that to Pantani as he lay in his own drugged addled filth in a hotel room, drifting towards death).

But there is undoubtedly a love of the sport amongst cyclists, rather than just a love of participation.

Does that exist in running? Well, I hope that the increasing numbers of sales of Like the Wind indicates that there are runners who love the spirit of the sport and are interested in stories. Interested enough to spend the time and money on a magazine like LtW. I also think that the growth in film making by people such as Joel Wolpert and The African Attachment and the number of books about running that are selling well beyond they would have done a few years ago, is a good sign.

What I hope is that the LtW team can be part of a move towards celebrating the greatest moments in the history of running and also the magnificent achievements of runners nowadays. Running is a glorious sport and a fantastic way to spend time – in our imagination we can all be racing with Kilian and Emilie up a mountain, in the pack with Farah on the track, pushing at the head of the lead group with Mutai and Kimetto in a flat and fast marathon or settling into the blocks with Bolt next to us and 100m of track stretching out ahead. Lets all celebrate the glory of running. Just like the cyclists do!