I have loved photography for as long as I can remember. I have really early memories of my Mum taking me through boxes of old photographs on the landing at home. I can still easily recall the smell of the 4 x 6 inch prints in their paper envelopes. I found the little plastic pots that the films were stored in absolutely fascinating – it was because I knew that they contained unseen stories. But more than anything, I loved being able to see history, even basic stuff like my parents or grandparents when they were young. I remember asking for the big cardboard box that housed all the photos to be taken down and just going through them for hours. 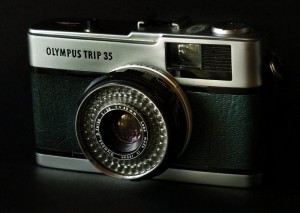 By the time I was 16, my interest in photography had changed but not diminished (though I was much less comfortable in front of the camera – good old body issues starting at that age). I somehow ended up talking about photography with a teacher at school who was, herself, interested in the art and science. She told me that there was a darkroom in the science block that I could use it if I wanted to. So armed with my parents Olympus Trip 35, I decided to do a GCSE qualification in the year before my A-Level exams.

It was great. The course – I was the only one in the school doing it – was overseen by the teacher who had introduced me to the dark-room. I had to study for an exam (which I sat on my own), learned some of the basic technical aspects of photography. I had to take photos, develop them and present them in a portfolio alongside descriptions of what I had shot and why. I took close-ups of tree bark, reflections in show windows, portraits of my brother and went to shoot the 1991 London marathon.

All the photography was in black and white. I still have the portfolio.

After that I let photography slip away. I had other interests. I didn’t have a camera for many years and I had not enough interest in photography to invest in one. Eventually in my late 20’s I bought a cheap point-and-shoot. It was pretty rubbish and only good for taking snaps at events. By the time I was in my mid-30’s smartphones all had cameras. I went to Peru with the woman I would later marry and we bought another point-and-shoot but one with a really impressive zoom, which was really useful for trying to capture the mountains.

In the last few years, however I have really fallen back in love with photography. Both learning about great photographers and photography technique, as well as taking as many photos as I can. 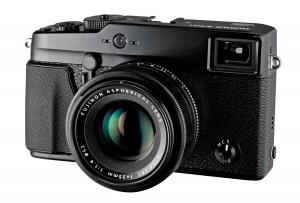 For my 40th birthday, I invested in a really lovely camera – a Fuji X-Pro 1. It is a four-thirds mirrorless camera and I have a couple of prime lenses (18mm and 27mm) which came with the camera. The 27mm is 41mm equivalent on a full-frame camera and as a result, seems to be the perfect focal length for pretty much everything I want to shoot.

Because I believe that you learn by doing, I try to shoot as much as I can. And I particularly enjoy trying to make photos of people on the streets. Obviously I now have the benefit of a digital camera so there is really no limits to the number of photographs that I can take. However I like the idea of having to think about the composition and setting on my camera before I start shooting and then only taking a small number of photos (rather than putting the camera on burst mode and adopting a ‘spray and pray’ approach).

I also really enjoy getting inspired by other (often, but not always, well known) photographers. My current obsessions are people like:

So that is me and photography. There has always been a thread of photography in my life. I never really pursued it so as a result I have never really been very good. But I’m trying to take photos as much as I can now. And my ultimate aim? End up having taken half a dozen really good photos in my life. That would be fantastic.